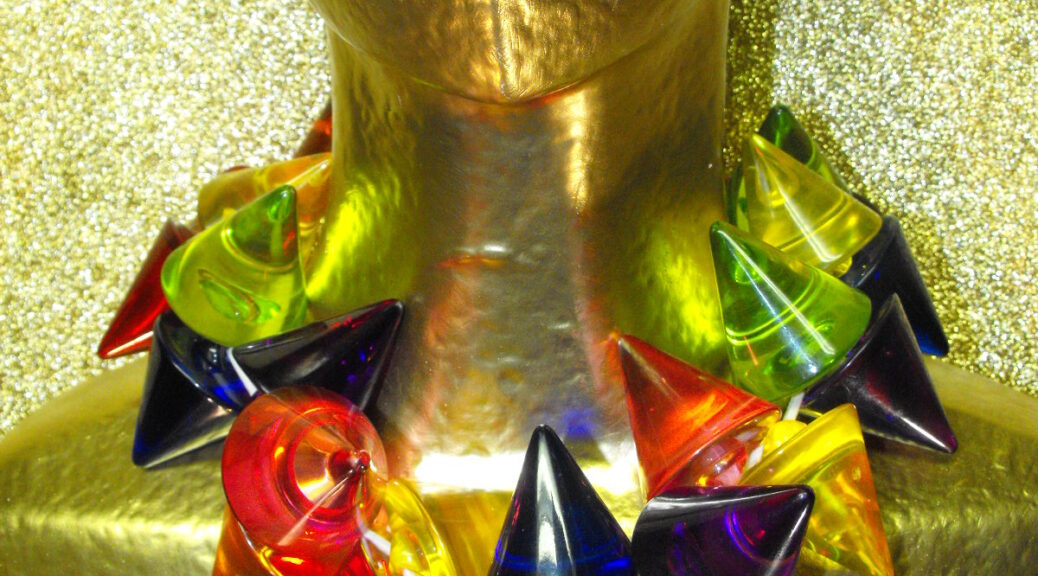 One of Clive’s favorite jewelry designers, Carlos Sobral began his career as a designer in Rio de Janeiro creating leather handbags and sandals from recycled materials in the 1960’s.  In 1976 Sobral stumbled across a new material-polyester resin- that would prove to be a turning point in his career.  After a great deal of experimentation he created a line of resin and acrylic jewelry unique to his designs.  His jewelry represents bright and vivid colors yet to be duplicated.  Each piece is one of a kind. By the 1980’s Sobral was running a multi million dollar company.  He continued to grow in size and popularity throughout the 1980’s and 1990’s, earning recognition and respect throughout the jewelry and fashion industries worldwide.  In 2007, legendary designer Karl Lagerfeld commissioned Sobral to create jewelry for the Lagerfeld Summer 2008 Collection. Today Sobral has stores in New York City, Paris , Rio de Janeiro,  and 14 other world wide locations.  Many years ago Clive became interested in Sobral’s creations  and successfully sold his jewelry at Antique shows etc.  Currently Clive still presents Sobral’s jewelry both vintage and new creations.

Unique accessories of all varieties.